Capital FC finished strong in the final game of State Cup to win 4-2 over Eastside Timbers. After going up 1-0 at the half, CFC extended their lead to 3-0 at the beginning of the second half. 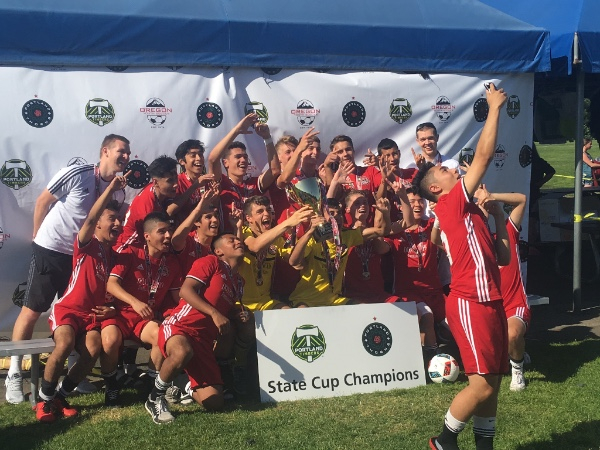 The boys played well and dominated possession for most of the game, but Eastside showed some fight and made the game more interesting with two quick goals to bring the game within one. CFC gained their composure and sealed off the victory with a final goal to make the game 4-2.

This is the U17’s sixth State Cup Championship since their U11 year. The team will head to Boise to represent Oregon at US Youth Soccer Region IV Regional Tournament in late June.

The U13 Girls lost 3-0 in their final game against HSC. The game was 2-0 at halftime, and despite the girls continued hard work and fight, they were unable to find the net to close the gap. This was Miguel Camarena’s last game as coach with Capital FC. He will be missed!

Congrats to all CFC teams, and good luck to the boys as they start their preparations for Regionals!